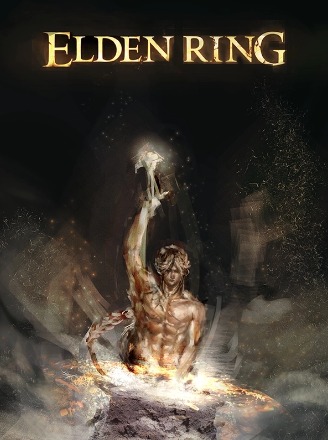 Elden RingUPCOMING
Releasing 25th February 2022 (in 125 days), this game is unavailable.
Add to Game Library0Add to Wish List1Follow0
About User & Critic Reviews Buy (Compare Prices)
What It's All About About Elden Ring
The Golden Order has been broken. Rise, Tarnished, and be guided by grace to brandish the power of the Elden Ring and become an Elden Lord in the Lands Between. In the Lands Between ruled by Queen Marika the Eternal, the Elden Ring, the source of the Erdtree, has been shattered.
Marika's offspring, demigods all, claimed the shards of the Elden Ring known as the Great Runes, and the mad taint of their newfound strength triggered a war: The Shattering. A war that meant abandonment by the Greater Will.

And now the guidance of grace will be brought to the Tarnished who were spurned by the grace of gold and exiled from the Lands Between. Ye dead who yet live, your grace long lost, follow the path to the Lands Between beyond the foggy sea to stand before the Elden Ring. And become the Elden Lord.

Spread the word about Elden Ring with friends, family & others.

Elden Ring is in your Game Library.

PRICES START AT:$1.82+
UP TO 21% OFF
Ghost of a TaleReleased 13th March 2018
You Might Like TheseMore Difficult GamesVIEW ALL Difficult GAMES

PRICES START AT:$12.99+
Jump KingReleased 3rd May 2019
Some Random GamesOther Games You Might LikeVIEW A RANDOM GAME