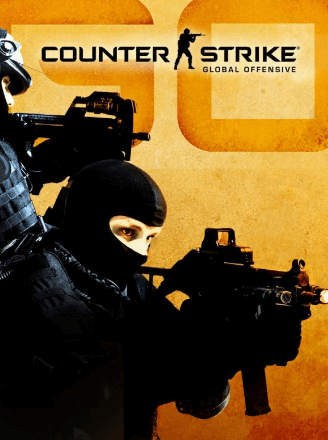 Counter-Strike: Global Offensive
Released 21st August 2012, this game is free to play.
Add to Game Library4Add to Wish List1Follow5
About User & Critic Reviews Buy (Compare Prices)
What It's All About About Counter-Strike: Global Offensive
Counter-Strike: Global Offensive (CS:GO) is a multiplayer first-person shooter video game developed by Hidden Path Entertainment and Valve Corporation. It is the fourth game in the Counter-Strike series and was released for Microsoft Windows, OS X, Xbox 360, and PlayStation 3 in August 2012.
Global Offensive, like prior games in the Counter-Strike series, is an objective-based, multiplayer first-person shooter. Two opposing teams, known as the Terrorists and the Counter Terrorists, compete in game modes to complete objectives, such as securing a location to plant or defuse a bomb and rescuing or guarding hostages. At the end of each round, players are rewarded based on their individual performance with in-game currency to spend on more powerful weapons in subsequent rounds. Winning rounds results in more money than losing, and completing objectives such as killing enemy players gives cash bonuses. Uncooperative actions, such as killing teammates, results in a penalty.

Spread the word about Counter-Strike: Global Offensive with friends, family & others.

Counter-Strike: Global Offensive is part of the

PRICES START AT:$17.02+
Streets of Rage 4Released 30th April 2020
You Might Like TheseMore Shooter GamesVIEW ALL Shooter GAMES

PRICES START AT:$8.29+
UP TO 60% OFF
Dying LightReleased 27th January 2015
Some Random GamesOther Games You Might LikeVIEW A RANDOM GAME