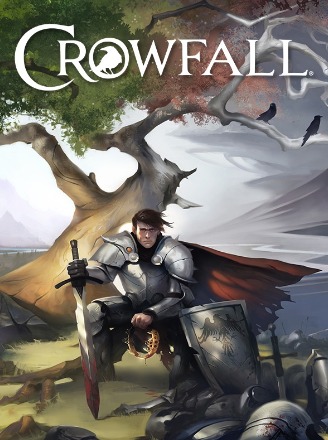 CrowfallUPCOMING
To Be Announced, this game is unavailable.
Add to Game Library0Add to Wish List1Follow1
About User & Critic Reviews Buy (Compare Prices)
What It's All About About Crowfall
Enter a dynamic universe, where each world is unique - no two ever the same. Player choices have immediate impact and can change the world, forever. Explore a vast territory, battle a variety of powerful creatures and enemies, lay claim to valuable resources. Or, conquer enemy strongholds, rule an Empire, or ruthlessly lead a band of armed mercenaries into battle. You have the power to manipulate the tide of battle by activating a late stage strategy that reverses the outcome in the final seconds of the fight --- winner takes all in the Throne War!

Compete in intense, fast-paced, Throne War battles on a massive scale. In death, you have been chosen by the Gods to rise as an Eternal Champion acting on their behalf. Set your strategy, as you race against time in your mission to conquer and scavenge dying worlds. Your valor is the sacrifice you make to the gods---proof of your loyalty as an Undying Hero. Embark on a path to power and rule a vast Kingdom, build a thriving trade syndicate and amass great wealth or lead a powerful army in battle. Alliances and betrayals are but a tool to tip the scales; your choices are your greatest weapon in the battle for glory, wealth and power.

Spread the word about Crowfall with friends, family & others.

Crowfall is in your Game Library.

PRICES START AT:$1.64+
UP TO 67% OFF
Vikings: Wolves of MidgardReleased 24th March 2017
You Might Like TheseMore Adventure GamesVIEW ALL Adventure GAMES