Heroes of the Storm

About Heroes of the Storm

Heroes of the Storm is a multiplayer online battle arena video game developed and published by Blizzard Entertainment for Microsoft Windows and macOS that was released on June 2, 2015. The game features heroes from Blizzard's franchises including Warcraft, Diablo, StarCraft, The Lost Vikings, and Overwatch.

Heroes of the Storm revolves around online 5-versus-5 matches, operated through Blizzard's online gaming service Battle.net. Players can choose from different game modes, which include playing against computer-controlled heroes or other players. Initially, no heroes are permanently available for use; however, players may choose from a list of heroes that are free to use from a weekly rotation. By using gold coins, the in-game currency, or through microtransactions, they can gain permanent access to a hero. As of July 2018, there are 80 heroes in the game, divided into four separate roles: Assassin, Warrior, Support, and Specialist. These heroes include one multiclass hero. In addition, there are currently 15 maps available to play, each of which has different objectives to secure, with some having different victory conditions.

Experience points, which can be gained by being nearby enemy units when they're killed, are shared across the entire team. When a team reaches a certain experience point threshold, every hero on that team levels up, acquiring slightly amplified powers. Every few levels, players may select a talent which offers a new ability, or augments an existing one. This leveling system emphasizes the importance of teamwork and planning, since a player's action can affect the whole team.

Sorry, we don't currently have the system requirements for Heroes of the Storm.
You can search for this game on PCGameBenchmark.com (opens in new tab).

Heroes of the Storm is rated ESRB Teen.
For more info visit the ESRB website. 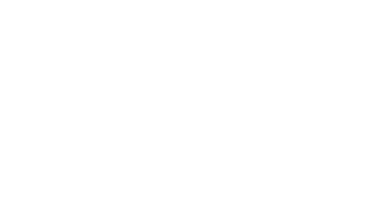 Heroes of the Storm Reviews

Write A Review For Heroes of the Storm

Buy Heroes of the Storm

Heroes of the Storm

Heroes of the Storm is a multiplayer online battle arena video game developed and published by Blizzard Entertainment for Microsoft Windows and macOS that was released on June 2, 2015. The game features heroes from Blizzard's franchises including Warcraft, Diablo, StarCraft, The Lost Vikings, and Overwatch.